From Boot Camper to Program Assistant: My Journey with Camp Reel Stories

By Esther PearlMay 31, 2018Experience at Camp Reel Stories
No Comments

From Boot Camper to Program Assistant: My Journey with Camp Reel Stories

I have been involved with Camp Reel Stories since 2015, and it is truly an organization that has changed my life. Not only has CRS taught me all the skills I need to create an entire film from start to finish in five days, but it has also taught me to be more aware of the media I consume and how to speak up when I feel like my voice isn’t being heard. Camp Reel Stories is the reason I’m such an advocate for more representation of all marginalized groups in media, and a huge driving force behind my passion to become a filmmaker myself. CRS even influenced my college decision, being a part of this community led me to attend Mills College, which is a historically women’s college in Oakland, CA. Recently, I have been reflecting on my journey with Camp Reel Stories from Boot Camper to Program Assistant.

I first heard of CRS through a list online of the best summer camps to attend in the Bay Area. I remember sending my mom the link to the CRS website and her texting me back “OMG! This is exactly what you’ve been looking for!”. Ever since I was a little kid, I had dreamed of becoming a filmmaker. I was fascinated with films: not just from an entertainment standpoint, but also from a creator’s perspective. I wanted to work behind the scenes, and from the very beginning, I knew that CRS was going to be the place to teach me the skills I needed to work in the film industry. 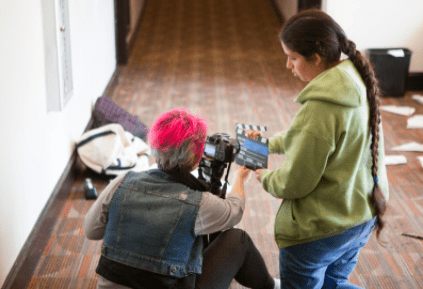 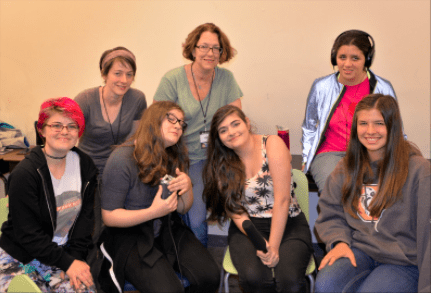 The summer of 2015, I attended boot camp for the first time and immediately felt at home. Through working on my first short film “Paper Planes”, I discovered my love for editing and got the foundation for all of the filmmaking skills I have today. I learned how to operate the equipment, the importance of working collaboratively, and how to tell a story. I loved creating media in an environment filled with strong, talented, encouraging female filmmakers, and I was excited to develop my skills next year in advanced camp. 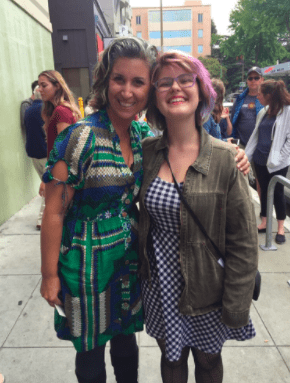 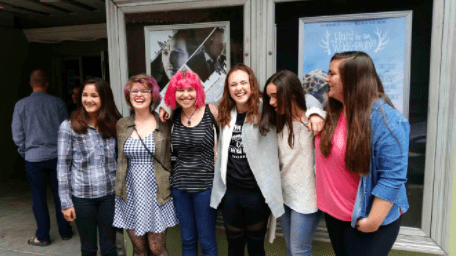 In 2016, I came back to CRS for advanced camp. I worked on “Mamacita’s Cafe”, which currently is the most viewed film on our CRS YouTube channel. The transition from boot camp to advanced camp was pretty smooth for me, I loved having an additional week to work on my film and I loved collaborating with girls who had been a part of camp before. After this session ended, I joined the student board of directors. Through working on the board, I was able to give feedback on curriculum, help with year round camp events, and I meet tons of incredible people like YouTuber Cassandra Bankson. 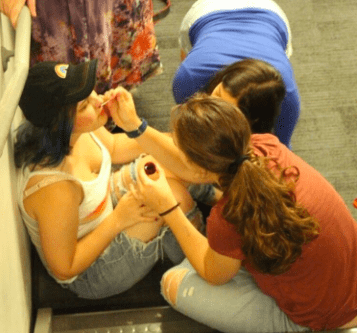 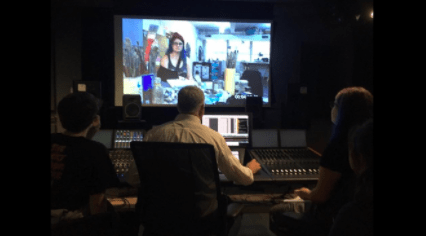 The summer of 2017, I went to my last session of advanced camp and created “After The Storm”, which tells the story of an artist who is attacked in an act of homophobic violence. For this film, I worked in multiple roles: I was an actor, an editor, and in charge of motion graphics. Once it was finished, “After The Storm” went on to be mixed at Dolby Labs in San Francisco with the Director of Audio and Visual Production John Loose (which I wrote a blog post about here). As a bisexual woman, I feel so empowered that I was able to tell the story of “After The Storm”. I often feel frustrated by the lack of LGBT+ characters in media, and creating “After The Storm” taught me that if I want more representation of LGBT+ stories in film, I have the power to create these movies myself. 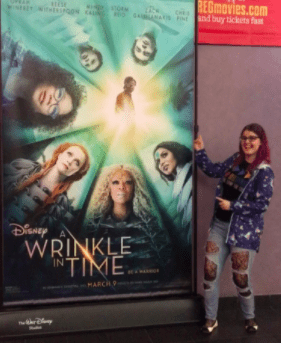 I became an intern at CRS shortly after mixing “After The Storm” with Dolby, and I worked at CRS throughout my freshman year of college. Currently, I work at Camp Reel Stories as the Outreach and Community Associate, and will be working as a Program Assistant this summer along with a fellow former camper Marina Amaral-Enciso. Working behind the scenes of CRS has been a bit of a surreal experience for me, knowing that I’ll be coming back to camp this summer as staff and not a student is bittersweet (but mostly sweet), and has gotten me feeling nostalgic about my three years as a camper. At this camp, I have turned from a budding feminist into a full blown activist, I have created films that have won awards and been seen by tons of people all around the world, and I have truly become confident in my ability as a filmmaker. I am so proud to work at an organization that has had such a huge impact on me and thousands of other women, and I am excited for the future of CRS.