Camp Reel Stories Camp Reel Stories believes that when women and girls are better represented behind the scenes in the media, they will be better reflected on the screen. Only 16% of decision-makers in the film and television industry are women. Camp Reel Stories empowers young women to value and nurture their own unique voice, create their own media, view current media critically and thoughtfully, and aspire to leadership in all aspects of their lives.

“I had such a powerful experience at Camp Reel Stories. I learned so much about making movies and my eyes were opened to the injustices women experience in the media. I have always loved watching movies and TV shows, everything from Disney movies to documentaries. I never saw the inequalities that were right in front of me.” CRS camper 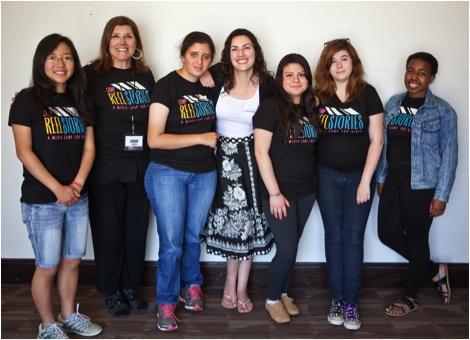